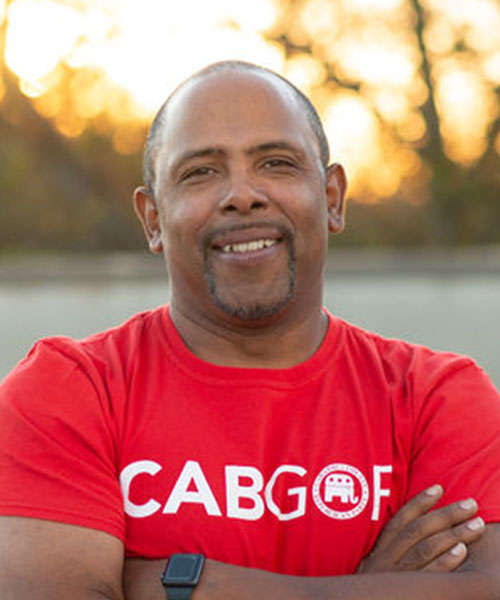 Fellow Republicans, It is an honor for me to have been elected your Chairman for the next two years. I would first like to thank Scott Elliott and Anita Brown, not only for their service to this Party, but for their service to this Community as well. I would also like to thank the officers and previous Executive Committee for their work during the past two year term. I give special thanks to the numerous volunteers, poll workers, election observers and dedicated individuals who staffed our office and made sure Cabarrus County produced strong results for the North Carolina Republican Party. While we are faced with a growing county, changing demographics, and state and nationally funded opposition, I want to assure you that the work has already begun to help keep Cabarrus Red.

My transition into this role has been an active and engaging one. Following my election, I called a five-hour Leadership Summit which consisted of our new officers and our outgoing counterparts. We were briefed on all important party business, procedures and many other topics that will ensure a swift transition of leadership. We all have a lot of important work to do going forward and I intend to do it as efficiently and effectively as possible.

With the next election cycle fast approaching, I am calling on all Republicans to help us in this important work. We will be organizing committees, recruiting volunteers, performing community outreach and many other important activities in the coming months. While your officers and I are dedicated to working as hard as possible, I am asking that all our fellow Republicans join us in supporting the Party. We will be hosting an in person meeting on April the 22nd, at 7PM, at the Kinetic Club at Atrium Health Ballpark, Kannapolis. I ask that you bring a friend, neighbor, or someone new to the Party.

I want you all to know that going forward, I will have an open door policy that extends to every Republican in the county who wants to engage or speak with me. I am looking forward to the next two years and many successful Republican victories. Our County Party is destined for a new level of success and I can't wait to work with all of you to achieve that. 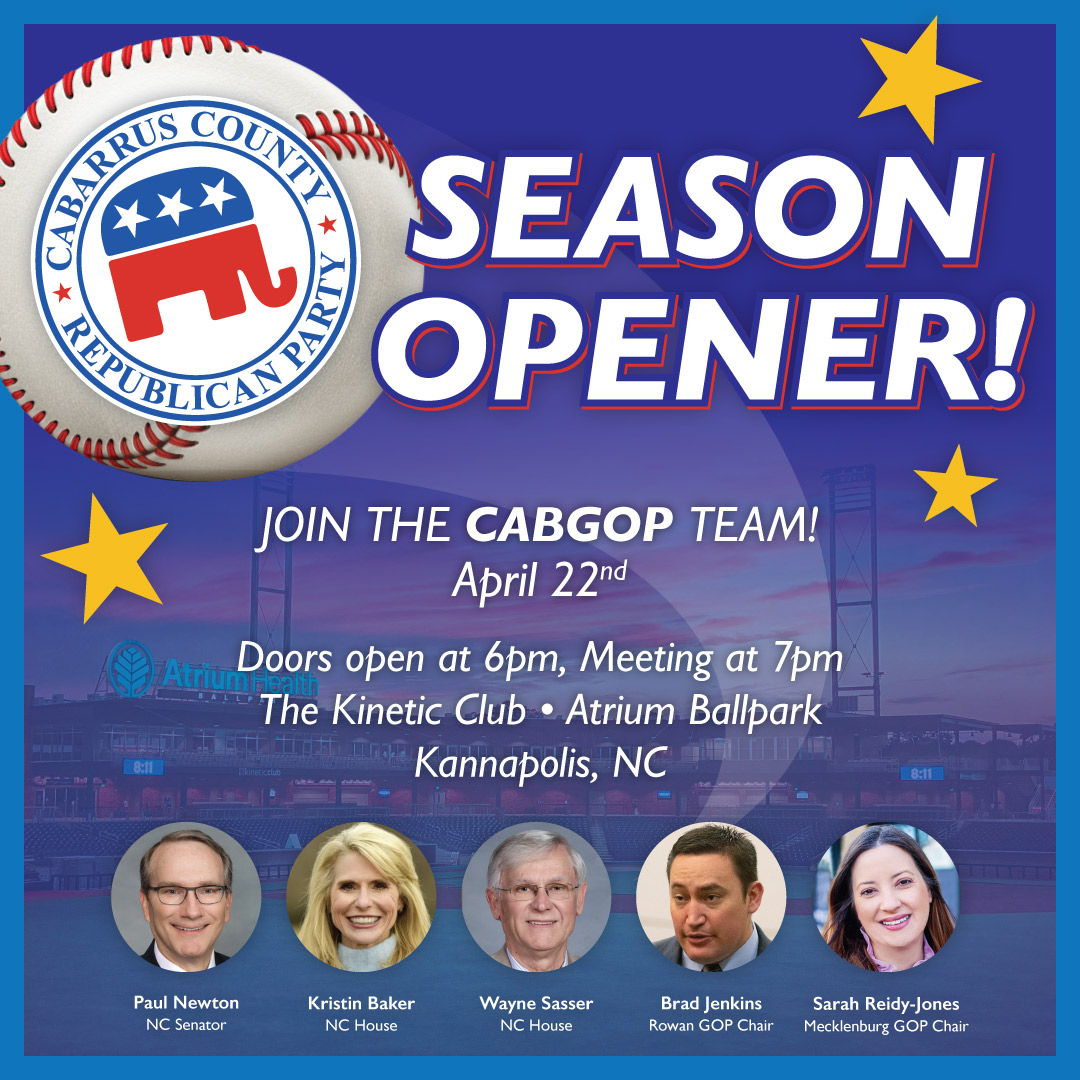 This is the regular monthly meeting of the Women's Club. Stay tuned to the club Facebook page for more details.
facebook.com/Cabarrus-Republican-Women-2299768446969116
For further information contact Barbara Strang 704-796-3771