Message From the Chairman:

My fellow Cabarrus Republicans, I am in total agreement with the NCGOP and Chairman Whatley’s statement on redistricting. This is purely politically motivated, and part of the democrats sue till blue campaign being orchestrated nationally by Eric Holder, Nancy Pelosi and the radical democrat leadership. If it wasn’t evident to you before I pray that you now see how important our work will be in the coming election.

As a party we will emerge from the primary season unified and ready to work. We will continue to collaborate with RNC Victory and the NCGOP to train and equip our precinct leaders and volunteers. I will be attending a special Chairman’s training in June hosted by Ronna McDaniel Chairwoman of the RNC and look forward to returning with valuable information to help us make the red tsunami happen!

As you may know our county now resides in the 12th Congressional District represented currently by Alma Adams. We must go on the offense and share with the voters the disasters that are democrat policies. With the total dumpster fire that is the Biden administration, I truly believe that we can hold the line here in Cabarrus County. This is going to take us as a party realizing that what the first Republican President Abraham Lincoln said is very true “America will never be destroyed from the outside. If we lose our freedoms, it will be because we have destroyed ourselves from within”.  I believe the same holds true for the Republican Party. There will be those that want us to be divided and destroy ourselves from within. Fellow Republicans I am here to tell you that I will stand with you and fight tooth and nail to save this country and ensure that this county remains a place where the American Dream is attainable. I will stand and fight with you to make sure the values of faith, freedom, family and patriotism are alive and shared with future generations. I hope to see you at our upcoming county convention on March 19. 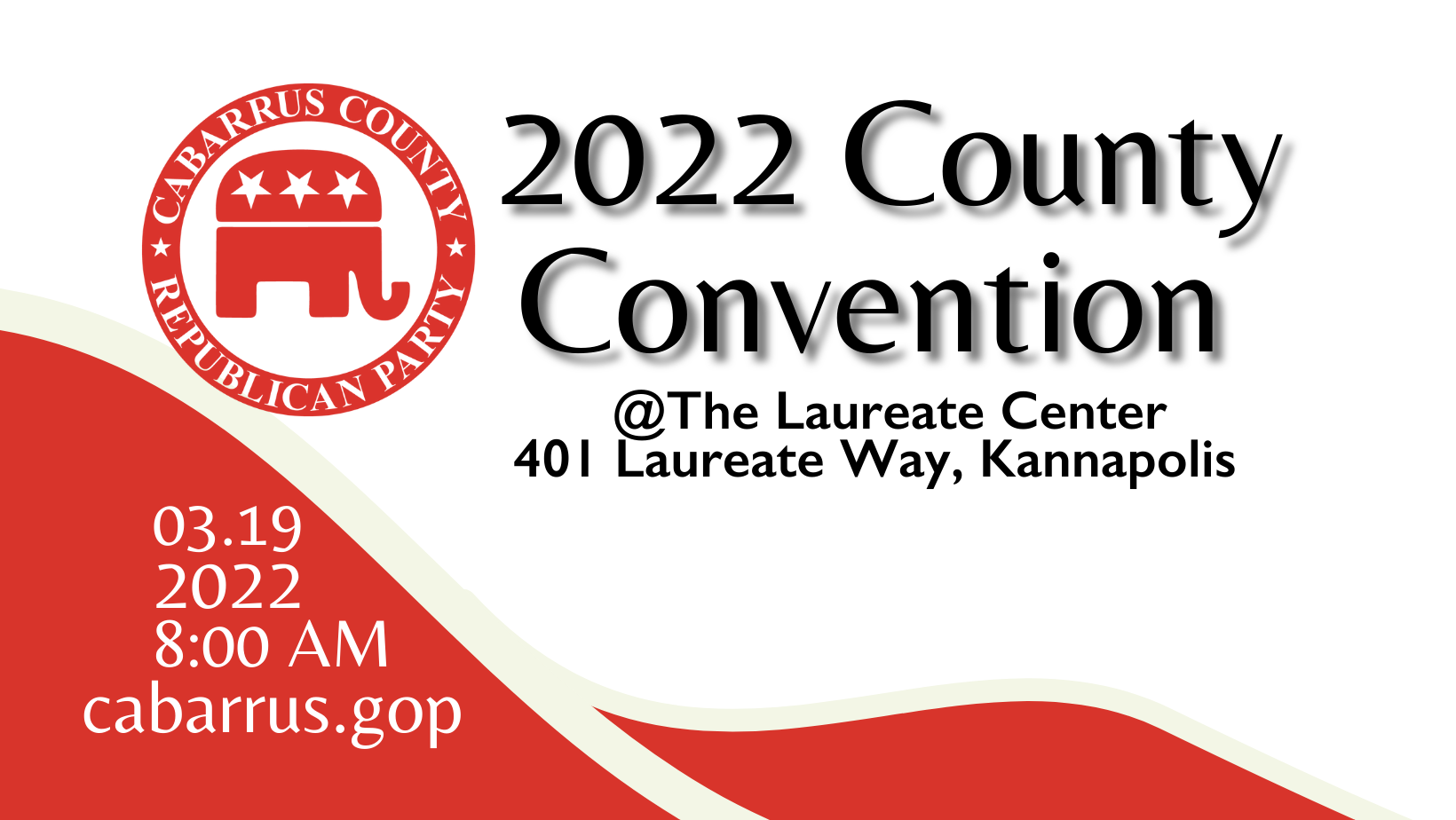 House District 83 April 21st 630pm The Cabarrus County Republican Party will host a forum for all Republican candidates for the North Carolina General Assembly, District 83 on April the 21st. This forum will take place at the Laureate Center, at 401 Laureate Way in Kannapolis. This forum will be open to all registered Republicans and unaffiliated voters and all officially filed Republican candidates will receive an invitation. The announced candidates are Kevin Crutchfield. Grayson Haff and Brad Jenkins.

The Cabarrus County Republican Party will host a workshop on conservative environmentalism on Thursday April the 7th at 630PM at the Cabarrus Center for Innovation 57 Union St, S in Concord. Former United States Congressman, founder and Executive Director of the Energy and Enterprise Initiative (E&EI), Bob Ingles, will be leading this workshop. This event will focus on how Republicans can promote environmental protections and fight climate change in a way that promotes free market values.

One of our goals for 2022 is to have a strong Republican presence of poll judges and observers. If you are concerned about election integrity, the answer is simple, become a poll observer or judge. Please find more information on how to fill one of these positions below

Online Donations
The Cabarrus County Republican Party is still accepting on-line donations. We have started the process to raise money for the 2022 election cycle to once again bring home a strong victory for the Republicans here in Cabarrus County. Mail Donations via check to :